From the get-go on Friday morning, May 13, Tom O’Gorman jumped into the Unlimited 1 class and overall lead during the first of three days of competition at the 2022 Tire Rack SCCA Time Trials Nationals Powered by Hagerty. O’Gorman dominated the 3.15-mile Grand Full Course at NCM Motorsports Park in Bowling Green, KY, wheeling a 2019 Chevrolet Corvette, putting more than 150 competitors on notice. Chris Ingle was not laying down, though, posting a 2:07.545 time in his 2014 Dodge Viper compared to O’Gorman’s 2:06.797; Ingle’s time was good for second place in class and overall. Holding on for third overall, and first in Max 1, was Justin Peachey in a 2007 Chevrolet Corvette with a 2:08.792.

That, however, was simply the battle for the overall top time. In Time Trials competition, 18 classes make up the field, and on Friday, each of those drivers hit the track to show their direct competition exactly what they would unleash over the next two days.

“Last year, I took the class, but at that point, I hadn’t been driving [the Corvette] on track for very long – I’d been autocrossing it,” Steel Cities Region member Phillips revealed. “I’m just now beginning to read the car. I feel I’m a little more connected to it [this year].

“The first session this morning, I crushed my time from last year by almost a second,” he explained. “And as the day’s worn on, there’s so much heat, but if we could have replicated the conditions from this morning, I would have dropped my personal record even more.”

Friday’s speed didn’t come without a price for Phillips, as at the time this interview took place, Phillips was calling auto parts stores to locate a new brake rotor for his Corvette. “I cracked the left front rotor,” he said, chucking when he added, “It’s routine [for a C5 Corvette]. It’s something I do every time I come into impound – I check all four rotors.”

Tuner 4 was also intense. Matt Hugenschmidt and Ido Waksman battled it out in BMWs all day, with Hugenschmidt eventually putting down a 2:21.605 to Waksman's 2:21.668. From there, Neal Tovsen and Charles Kowalczyk sat 0.4sec apart in a fight for third. 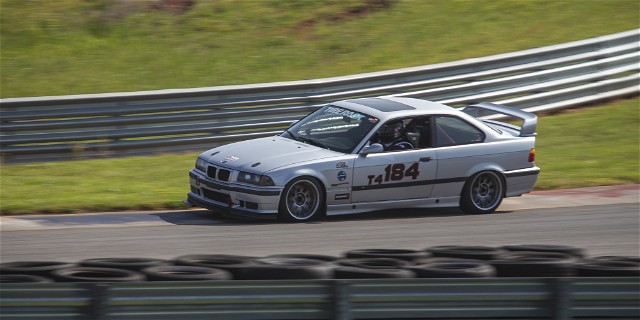 While Friday features three TrackAttack sessions, TrackSprint is the name of Saturday’s game. Somewhat akin to SCCA Autocross or HillClimb, TrackSprint sees competitors hit the track in a standing-start-to-flying-finish format, with each driver tackling two courses multiple times throughout the day. What this means is that Saturday will account for two of the four scored sessions at the Time Trials Nationals. To say the least, TrackSprint is a unique beast that can turn the Time Trials Nationals results on its head.

Those on site and off can keep up with the event as it happens this weekend with live timing and scoring, as well as through Gregg Ginsberg’s live audio broadcast of the action, both available via timetrials.scca.com. Tune in starting at 8:30 a.m. CDT on Saturday, May 14.

Storm Recovery: You Can Help

In December 2021, the Bowling Green area was struck by harsh storms and tornados ripping through the city, damaging homes and businesses alike – and NCM Motorsports Park was not immune to the chaos. Today, the facility is in operation, but some of the beautiful buildings that once proudly stood are now in a state of reconstruction.

“We sustained damage to every building and most of our vehicles,” explained Matt Busby, the General Manager of Track Operations at NCM Motorsports Park. “It’s going to be a long road to recovery, but every day we get a little closer to being back to normal.”

Busby described the buildings as a work in progress, but added that other than hard plumbing not yet being available, NCM has worked hard to make events at the facility feel as close to normal as possible.

The track isn’t doing anything specific to raise funds for the rebuilding process, but there are several ways to help. “We just ask for folks to support the park by using the services and products offered on site,” Busby noted. “Dry camping, T-shirt sales, and fuel sales all make a huge difference in helping us build back, and build back better.” 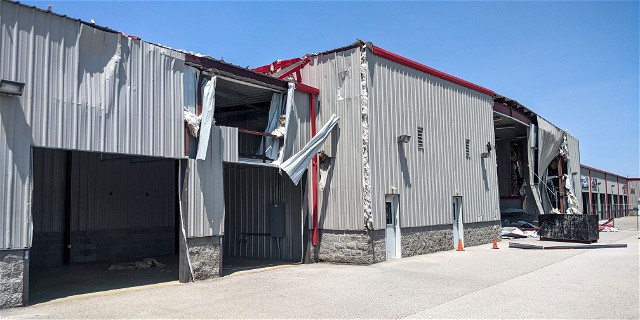 SCCA, meanwhile, is working to help the Bowling Green area in its continuous recovery effort through a raffle that will benefit the United Way of Bowling Green. Prizes include memorabilia from SCCA and Valvoline, Hawk gift certificates, KONI swag, a Hagerty Experience, an r/c car from Falken, and more. Also up for grabs is a free entry to the 2023 Tire Rack SCCA Time Trials Nationals Powered by Hagerty, and there will be a 50/50 cash raffle, with half of the proceeds going to the United Way and the other half to the 50/50 raffle winner.

Raffle tickets can be purchased on site near the registration table or online via this link, with the raffle winners announced during Saturday evening’s Hagerty All-Participant Party.