Well, 2020 was interesting. Thanks to SCCA intuitive #safetyfirst Covid precautions we were able to complete a year of #funwithcars. While it was challenging making some long hauls, we navigated 5 autocross days in the South Carolina and Buccaneer regions, along with 2 Time Trial National Tour events at Carolina Motorsports Park, and Thompson Motorsports Park and Nationals at NCM. I had an incident at the SCCA 75th Anniversary Time Trial Tour mid-year, and thanks to Stephen and Mark Miller for kindly stepping up immediately to tow me back from Thompson Connecticut. Fortunately, Hagerty Track Insurance allowed me to continue competing. Being a Ford motorhead I chose a 2020 Mustang GT Performance Package Level 1. So I competed with a new Mustang at Time Trial Nationals NCM Motorsport Park. I changed the brake pads to Carbotech, gassed it up, and sent it with the delivered Michelin PS4s tires. On the first timed lap session, it bested my lap time from the previous year in a similar Mustang. The final 2 autocross weekends in November and December was a satisfying way to finish the year. So yeah, bring on 2021! - updated January 16, 2021 04:15
0 Comments - More updates 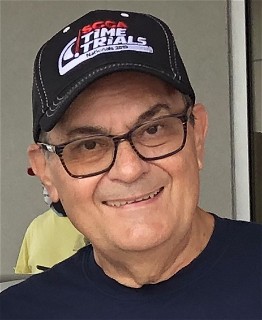 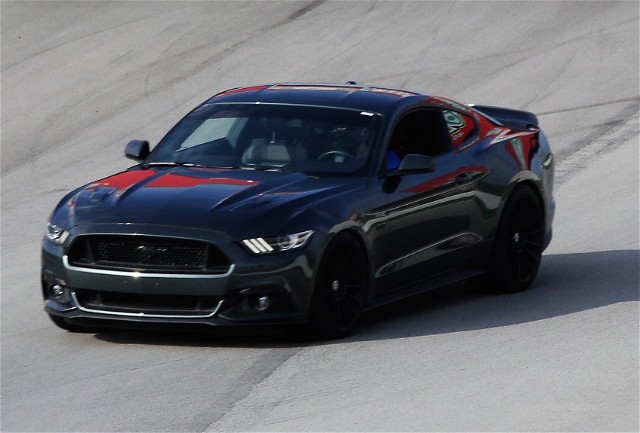 I was introduced to road racing at Road Atlanta in 1975 through an Atlanta Radio station I worked for WGST/WPCH FM. They provided pace cars for SCCA and IMSA events.

I joined SCCA in1977 and competed in my first Atlanta autocross, then drivers school at Road Atlanta, and Daytona which allowed me to compete in Regional and National Road Races. I continued racing until 1992 when I took a job overseas in the Middle East.

My SCCA track journey started in a 1975 British Leyland Austin Marina GT in Showroom Stock C. I remember Paul Newman competing with us in regional events at Road Atlanta in his Datsun Roadster.

I moved from Atlanta in 1979 to San Antonio Texas Alamo region competing in a 1978 Datsun 510 in Showroom Stock B which earned me my first Runoffs week at Road Atlanta in 1979. Datsun sponsored a track day and Paul Newman was the master of ceremony. It was a thrill to be on the track with Paul, and Jim Fitzgerald in practice sessions. Feeling the thunder when they passed you was worth the price of admission. All car classes were on the track together that practice day. Later Paul awarded all of us a Datsun gift at that evening's dinner event. I had an accomplished feeling just to have experienced that week while on the drive back to San Antonio.

Later my  Datsun 510 was reclassified to "SSC" and I won that year's 1982 Southwest Regional Championship Road Race Series.

In 1984 I competed in the Valvoline Runoffs in Showroom Stock GT in a 1983 Mustang GT 5.0 fastback as a Houston Region Member. That year I lead the SCCA/Ford Cup National Points Championship for 3 months, finishing 3rd in that SSGT Ford-class points race. I continued to race the Mustang until1985.

My first SCCA National Road Race win was at Texas World Speedway was 1988 in a Showroom Stock B 1987 Peugeot 505 Gas Turbo. Again I competed in the Valvoline Runoffs and finished top 10 in Showroom Stock B.

My career in Radio TV Media Productions (SAG/AFTRA) and on-air DJ moved me from West Virginia, Atlanta, San Antonio, College Station, and Houston. Then in 1992, I took a position overseas until June 2010 developing a radio network while training, and programming Broadcast Media Productions and Public Affairs for the Saudi Arabian Oil Company.

I continued my SCCA membership and recalled years of reading every word of Sports Car magazine.

I returned to the USA in June 2010, and in 2011 reconnected with my radio career partners and became involved in the music and radio industry as a coach. I still produce music mix shows heard on global Internet stations, and continue involvement in the business side of music, and associated conferences. After several years of raising our last 2 children through university, I decided to officially retire at 67-1/2  in February 2017.

I bought a 2016 Roush RS2 Mustang GT with the original intent of attending car shows and maybe an autocross. On my way home from a local car show in March, I saw a sea of cones off the freeway and discovered the South Carolina Region Myrtle Beach Chapter. That is when I reentered SCCA competition. It was an interesting learning curve being away from asphalt competition since 1991.

In October 2017 I took a leave from competition to rehab from open-heart surgery. My physical therapy would finish in March 2018 just before the Monster Memorial Regional Race weekend at CMP.

My goal was to be able to drive there, shadow workers, and volunteer at my first road course event since 1991. Ironically my 1977 Road Atlanta Drivers school instructor and mentor Jim Creighton and Toni Creighton were at CMP and we reconnected after all those decades.

In May 2018 the first Time Trial National Primer came to CMP and I competed on a Road Course for the first time since the 1990 Runoffs. That was huge for me considering decades away from road course competition.

Since then, I continue to compete in Autocross, Track Nights, and Time Trials. I am also a Teen Survival School Coach, Safety in training for autocross, Myrtle Beach Chapter chairman 2 years, and board member for South Carolina Region.

In 2021 I hope to continue competing and complete my 4th consecutive Time Trial Nationals at NCM Motorsports Park.

To say I'm hooked is an understatement. With each event, countless friendships developed, there's knowledge sharing, and growing together while enjoying #funwithcars.

Thanks to the SCCA, you have an opportunity to use your favorite daily driver street car for Autocross, Track Night in America, and Time Trials with minimal safety prep. Sounds like a win/win! Come join us in 2021!